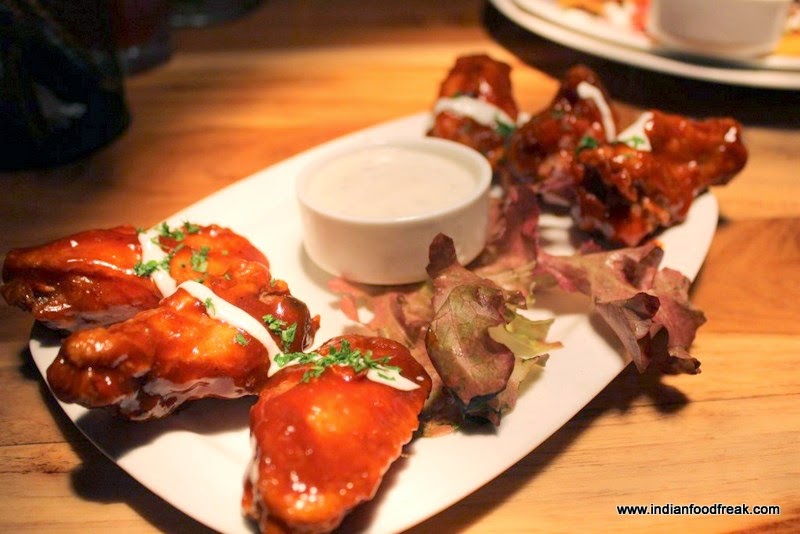 Brickhouse Lokhandwala is bustling with the chatter of a mostly older crowd of aunties and the occasional couple; a single frazzled waiter hurries around trying to cater to the mostly full cafe.

I feel so bad for him that I find a seat for myself and wait patiently until he gets free, which doesn’t appear to be anytime soon.

Everyone else who works there – bartenders, the manager- is largely relaxed and not up to much; I have to stare pointedly at someone before he is obliged to come over and ask what I would like – a menu, perhaps? 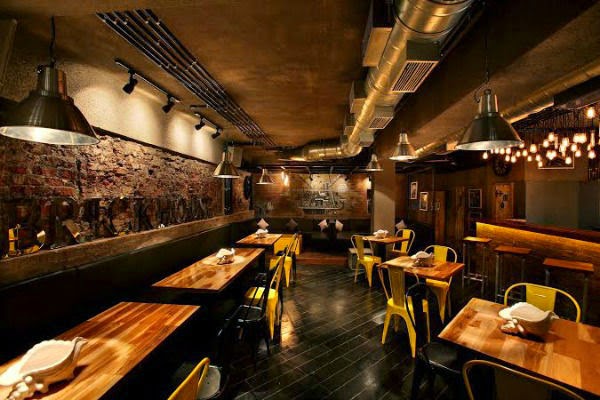 The Deconstructed SOB cocktail was not available to try, so I settle on the Dutch Kettle, which uses liquid nitrogen to infuse the drink with basil and orange peel flavour, adding to the foundations of gin, lychee liqueur, pomegranate juice and sour.

In spite of its terrifying name the beverage is a little too easy to knock back; the inclusion of too many sweet elements sees the overall taste emerge as simplistic, replicating a sugary drink not amiss to a Bacardi Breezer.

Dry ice is housed separately in a jug which is poured ostentatiously into the drink every 5 minutes or so, yet does little to balance the flavour. 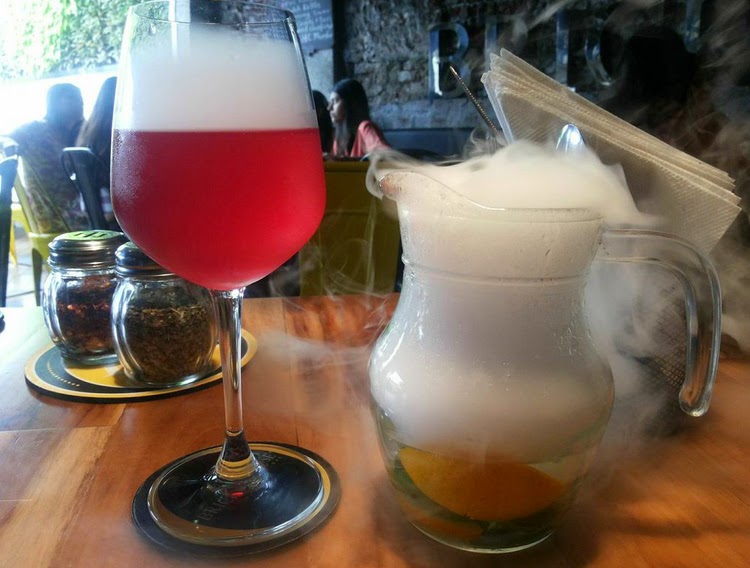 The chicken wings pummel the palate with honey sweetness, its crispy exterior giving way to flesh which is enviable in its juicy succulence; ‘Aaah, they’re sweet wings,’ you summise, until five seconds you’re hit with a burst of spice which zings all the way up the sinuses.

Tasted alone, the cheese sauce lacks concentration of flavour and oomph, however when paired with the chicken it works well to reduce the heat of the dish.

Indian palates will prefer to enjoy the wings alone for maximum impact.

I decide to try another alcoholic beverage at Brickhouse Lokhandwala (after all, it is a Sunday).

The Mai Tai contains a mix of rum with Orgeat syrup (made from almonds, sugar and rose water or orange flower water), orange curacao and rock candy syrup.

Unfortunately, this one is no better – it appears the entire population of Cuba has donated their yearly rum supply to this single drink, which leaves a seasoned sheraabi as myself spluttering for dear life.

The rock candy syrup base adds flavours which are again, overwhelmingly saccharine when combined with the other sweet ingredients. 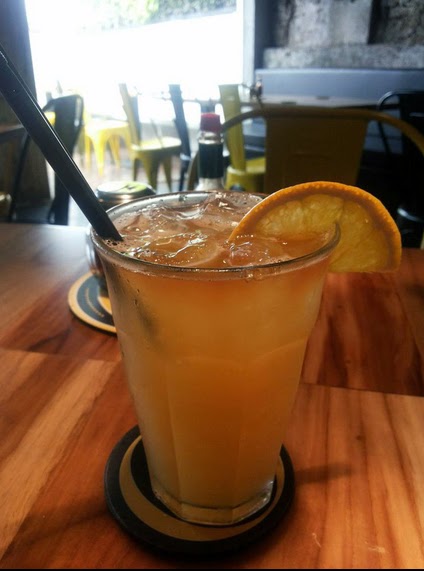 The grilled veggie sandwich is filled with carrot, onion, green capsicum and zucchini, bound together by an attractive, fiery sauce which makes the head itch.

The flavours are typically Indian down to the masala fries, which hold an addictive flavour yet lack the crunchy freshness required of hot chips.

The pulled pork burger was unavailable to try, so I  go in for the California Burger.

It has all the right elements, yet the individual components add up to a burger which lacks a certain spark.

The chicken patty is worryingly pink in the centre; jalapenos, onion, guacamole and bacon are physically present, but fail to exude the usual impact of flavour in terms of creamy, salty and sour. 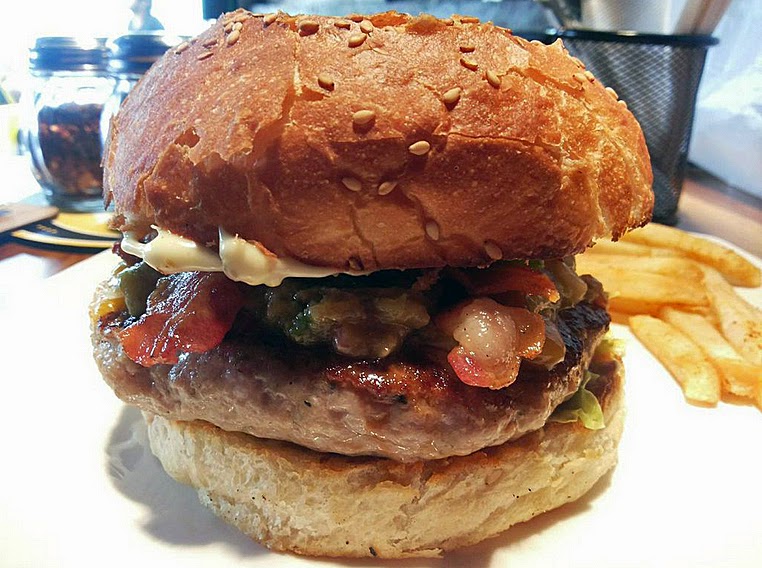 The Country Fried Steak comprises a chicken schnitzel which is crunchy and authentic in appearance and flavour, yet somehow is paired with a dull brown gravy one would use for red meat, instead of a lighter lemon or garlic sauce.

Simple buttered vegetables and a garlicy potato mash result in a dish which is overall rustic but appropriate for the local market.

Brickhouse Lokhandwala is an establishment where the menu is admittedly not groundbreaking, but features old favorites which suit the local crowd who may not be privy to trying exotic, complex fare.

Starters comprise the usual fried chicken and fish combinations with the requisite cheese popper thrown in to satiate the vegetarians.  The pizza combinations are limited to chicken or all vegetarian, while the main courses feature chicken, three ways.

In spite of this, the energy of the restaurant lends itself to a bubbly atmosphere, skewed more towards providing differentiation of alcoholic beverages.

The wine selection is great, with a good number of international wines available by the glass.

Those who frequent the local area will be more than satisfied with the cuisine, happy that there’s another place to hang out. 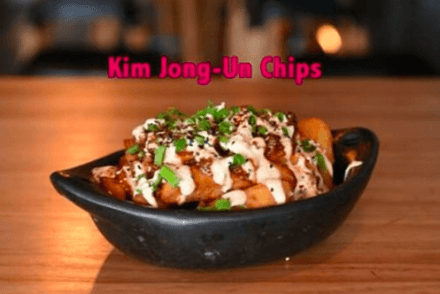 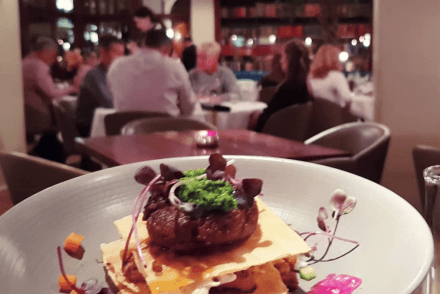 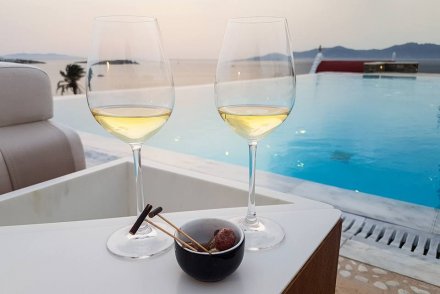 LUXURY DINING AT BILL AND COO