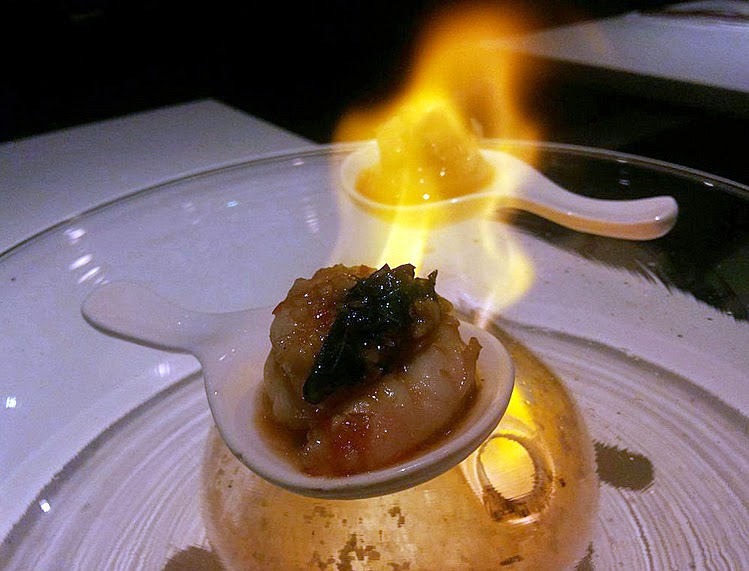 I’ve heard a lot about Joss Santacruz – the on-again, off-again, hotly notorious restaurant headed by chef Farrokh Khambata, who appears to be the darling of Bollywood. With an element of cynicism, I head to check it out.

I am struck by the energy of the place as I enter – for a Wednesday night, Joss Santacruz is positively booming – teeming with people talking, laughing and eating to a soundtrack of the latest club hits.

The menu choices are limitless, encompassing every kind of meat from beef to scallops to sea bass, to lobster to duck. The Japanese offerings vary from sushi boat to nigiri, hosomaki (new style sushi) and sashimi. 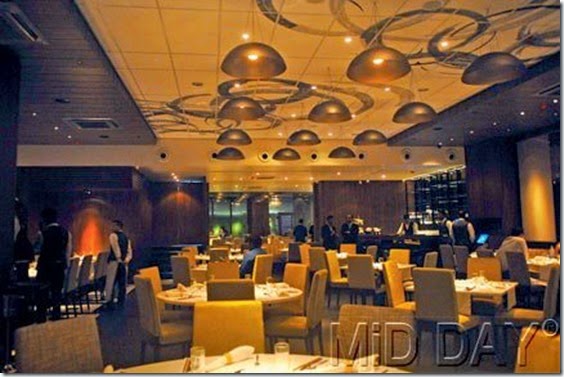 The Cosmopolitan shows up in the form of a pipe, exhaling smoke noisily with the gusto of a steamboat. Imbibed by puffing the mouthpiece, the presentation of an otherwise classic drink is instantly suave, very international and a little bit cheeky.

The actual drink itself is good and stiff, with tones so lucid one would class it as a triple vodka.

Somewhat embarressed by the curious eyes watching on from the next table, I attempt to sip surreptitiously at first before finally giving in to my starring role as taster in the theatrical spectacle that is Joss Santacruz. 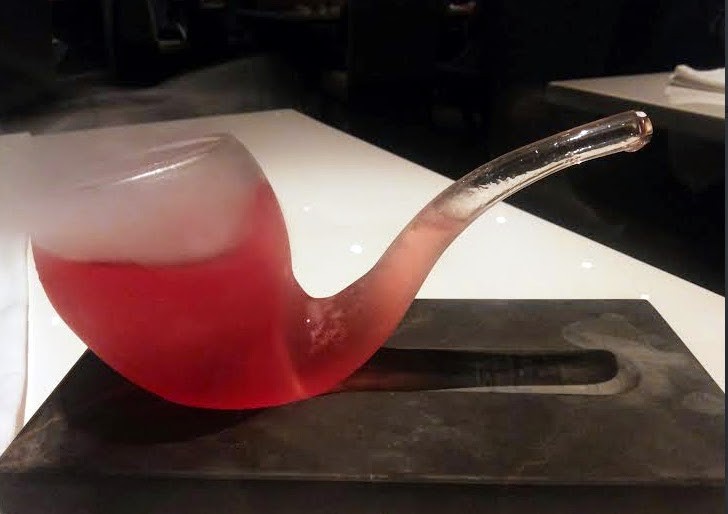 The sashimi pops up, mysteriously emanating smoke as if competing with the fashionable Cosmopolitan – dry ice is clearly a partner of most dishes here.

Both fish are utterly, utterly flawless, so fresh you could cut the acidity with a knife. The reddish-hued yellowfin tuna has been immersed in soy for hours on end, rendering it helplessly limp so as to dissolve in the mouth with no need for additional condiments.

Wonderfully fatty tuna of the highest grade ensures no other sashimi in Bombay comes close to the tasting I have just experienced. 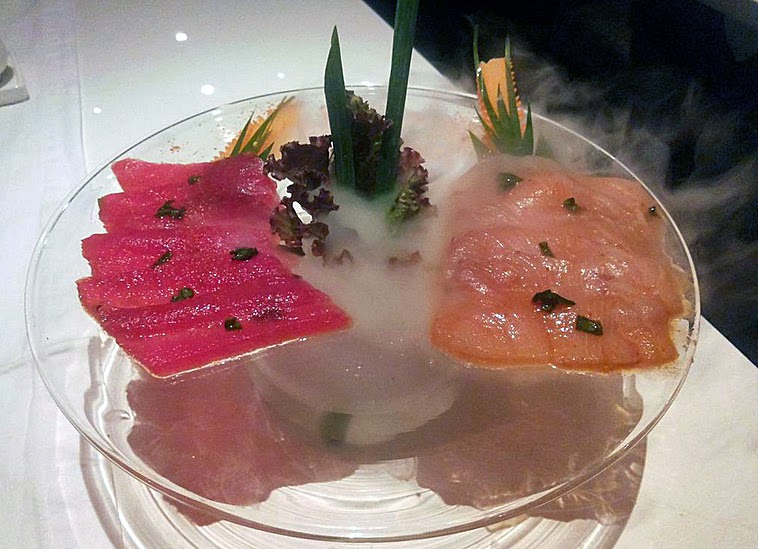 Having been trimmed of most of its fat, the pork ribs are good quality with a voracious flavour revealed in its smokiness, reducing any kind of accompaniment to instant redundancy.

Sweet, plummy tones permeate every mouthful: a sign of great preparation and a marinade well-rested. 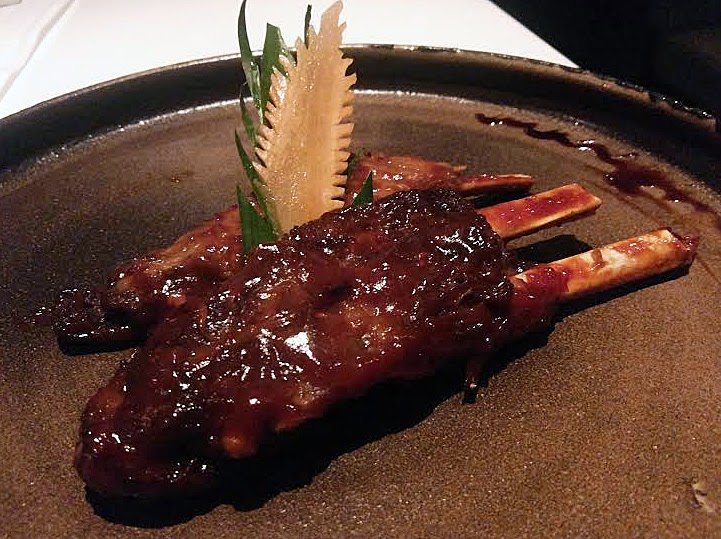 The prawns make an entrance, the centre of its serving dish bursting with flame, perched on spoons which allow for consumption in one gulp.

Flambéd in whiskey, the taste of alcohol is not exceedingly obvious, however heat on the tongue increases with the presence of warm butter and spicy tones.

The prawns themselves are voluptuous and juicy, their size unaffected by the chargrilled method of preparation.

In a nation where constant service is an essential part of everyday life, it comes as somewhat of a shock to have to prepare Peking duck oneself.

Citing hygiene reasons, Joss Santacruz places the burden of assembling each component of the dish – spring onion, cucumber, pancake, duck and hoisin sauce – onto the consumer who is usually not privy to the intricacies of preparing Peking duck.

Nevertheless, I get my chef on and dig in. It’s good, very good, but the labour of self-preparation for a dish which internationally is assembled in front of the diner takes away from the whole experience.

The actual duck holds somewhat bland flavours, which is a disappointment.

The sweetness of hoisin sauce accentuates the crunchy cleaniness of cucumber and slightly bitter chewiness of spring onion and thin doughy pancake.

Overall, the dish is acceptable, however seasoned Peking duck lovers would be somewhat underwhelmed by the flavour of the roast duck. 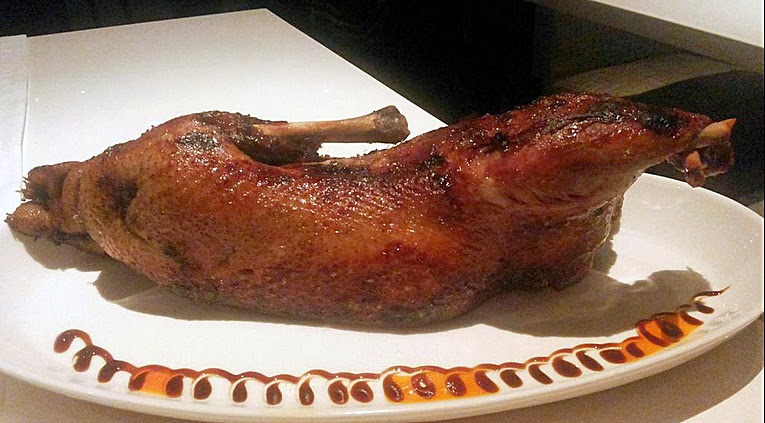 The crispy white snapper holds a delicate flavour which is revealed in its painstaking preparation – a pepper spice crust which delivers a pop of flavour with a balsamic teriyaki glaze that coincides with the butteriness of sticky rice.

The presence of crunchy vegetables adds dimension to a dish which is decidedly Asian in flavour. 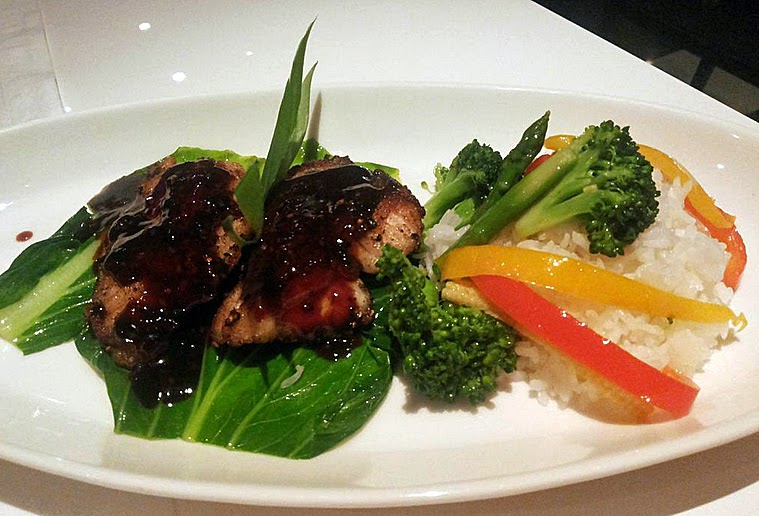 The lamb shank is sizable – moreso than I’ve seen in any other establishment – and generously drenched in gravy, just enough so to give lubrication rather than rendering it to the consistency of curry.

The meat quality is superior and of international standard; it holds a robust, smoky flavour which compliments the butteriness and slight zing of the wasabi mashed potato. 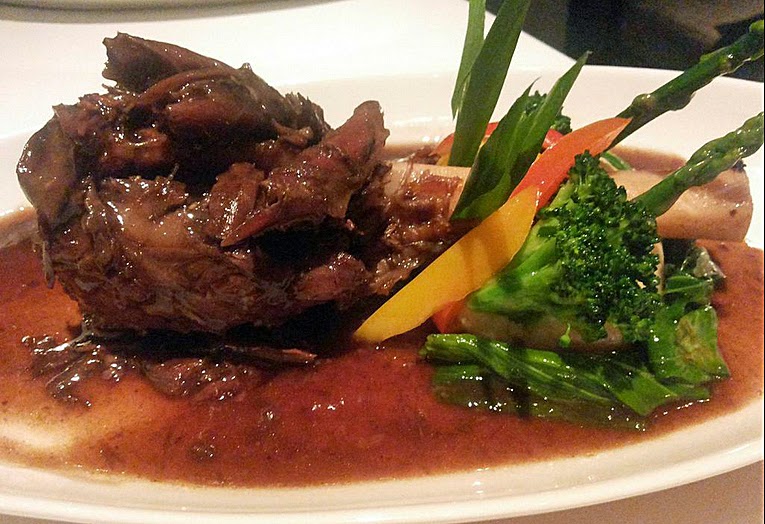 The level of perfectionism is evident at Joss SantaCruz – every element of each dish is carefully thought out and flawlessly executed with the same vigour.

Service is attentive and chatty, if you’re important enough to secure a table in the first place. Small niceties such as replacing the plate and cutlery after each course are observed and steak knives are provided without provocation.

Nobody can deny that this is one of the very few Mumbai establishments which has firmly cemented itself into the realm of fine dining. Worth every bit of the hype and hoop-la, I’ve just found my new favorite restaurant. 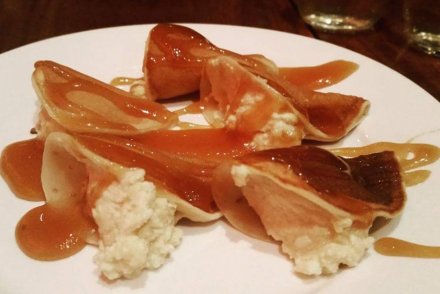 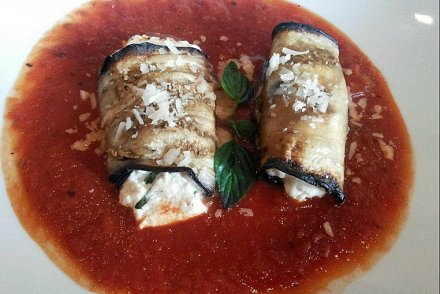 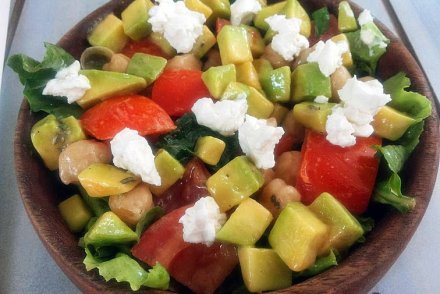