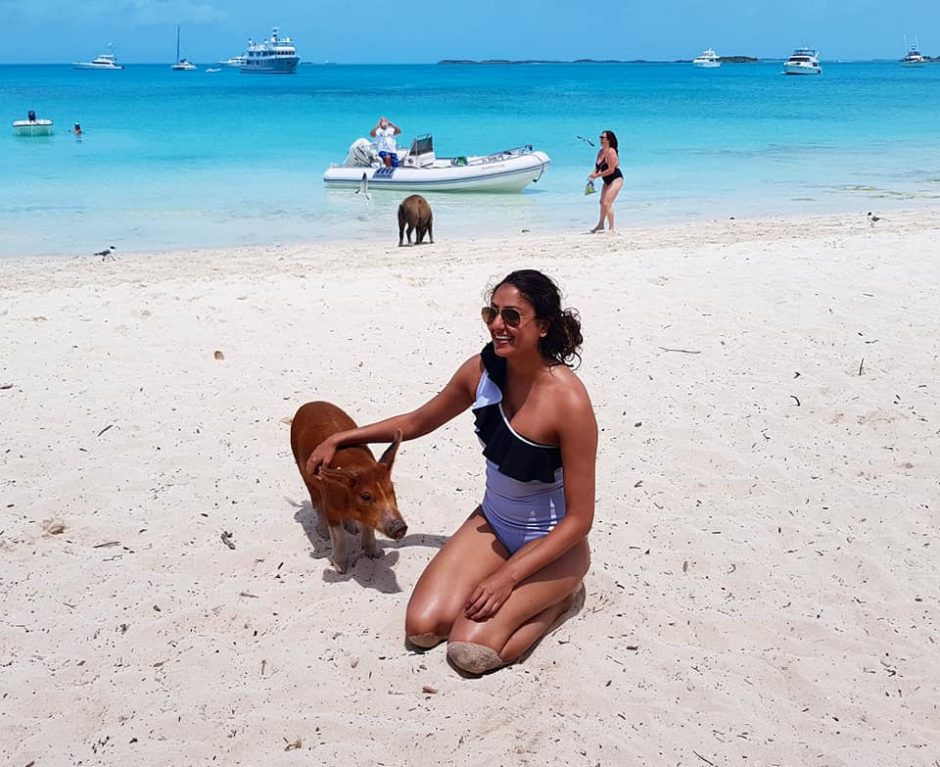 I’d spent the better part of two years saving pictures of strangers on Instagram at Staniel Cay (aka the Pig Beach in the Bahamas) and more recently, swimming with nurse sharks.

At that point, I decided this was the year it had to happen and planned my trip around this very event, treating my bestie to an Exuma Cays Adventure Tour with 4C’s Adventures, which encompassed both experiences.

I’ve since read that they have closed for now, but there are a few similar tours you can do. 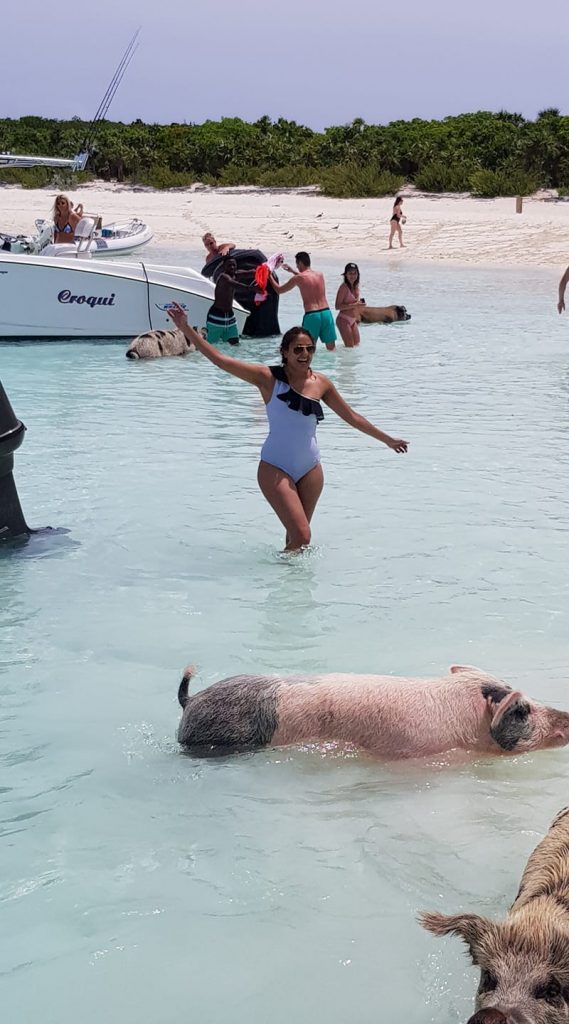 On first sight of the pigs swimming in the water, I lost it.

I just couldn’t believe I was there – it felt like being on the set of my favorite movie. 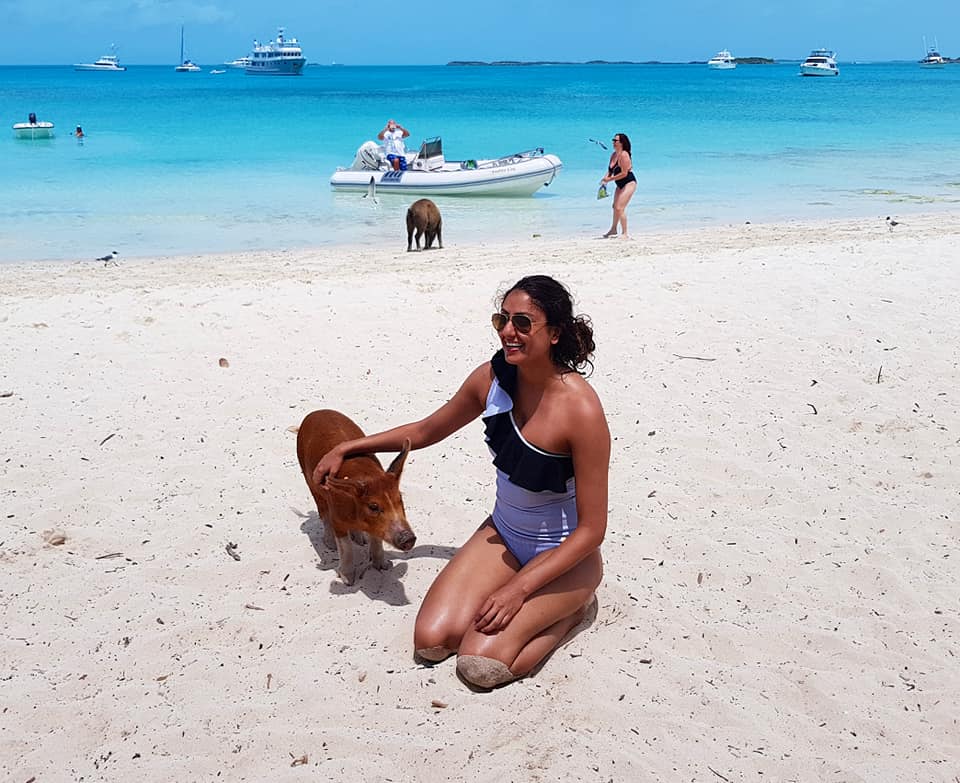 We had been given strict instructions to not turn our back to one pig in particular, who would apparently bite you on the bottom if you did! 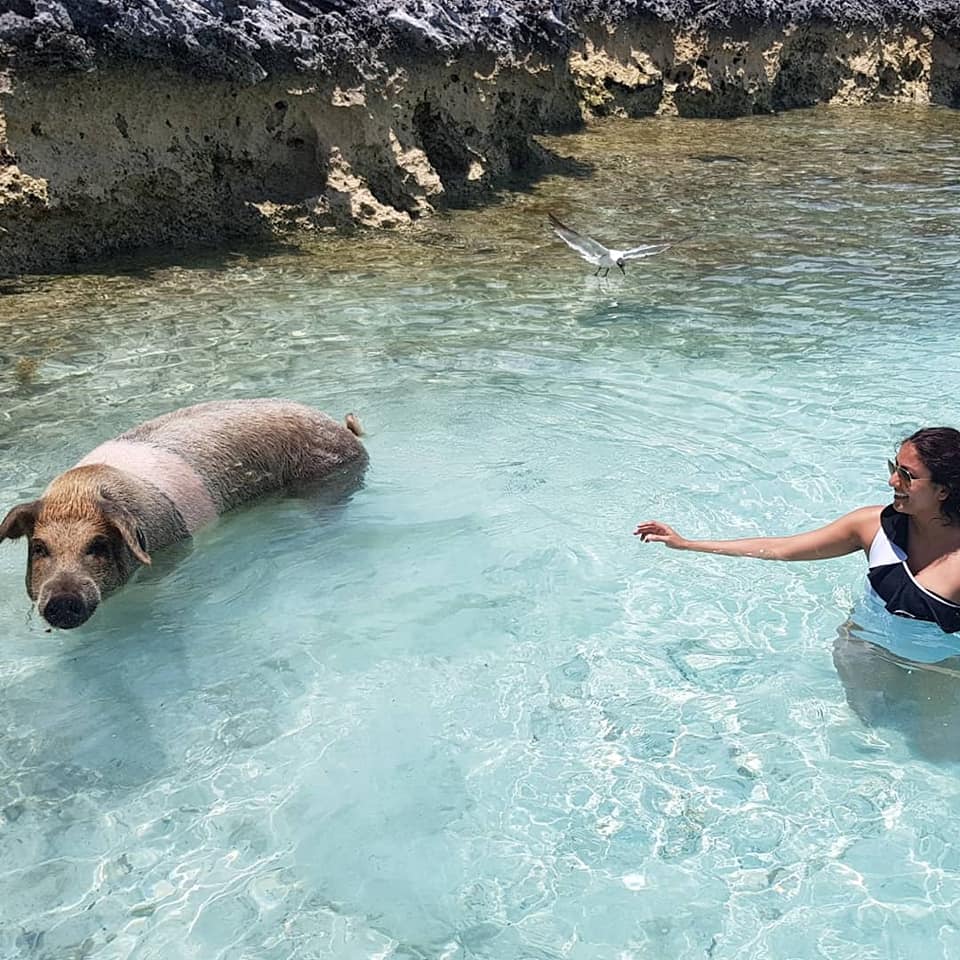 I did notice one thing that was extremely disturbing – tourists chasing after squealing piglets and holding them down forcibly to get photos.

It was horrid to watch and I hope this area is one that is regulated as it gets more and more popular. 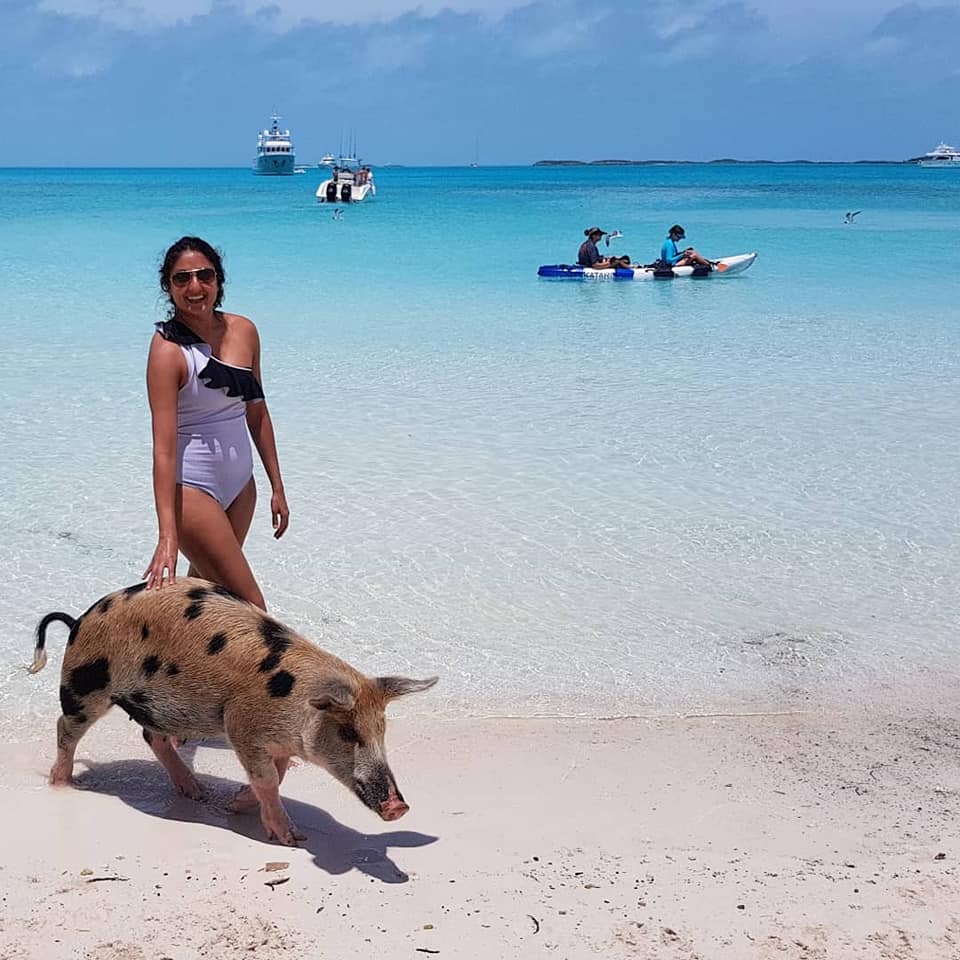 We only spent about 20 mins at the Pig Beach site so it feels like it’s over in the blink of an eye! 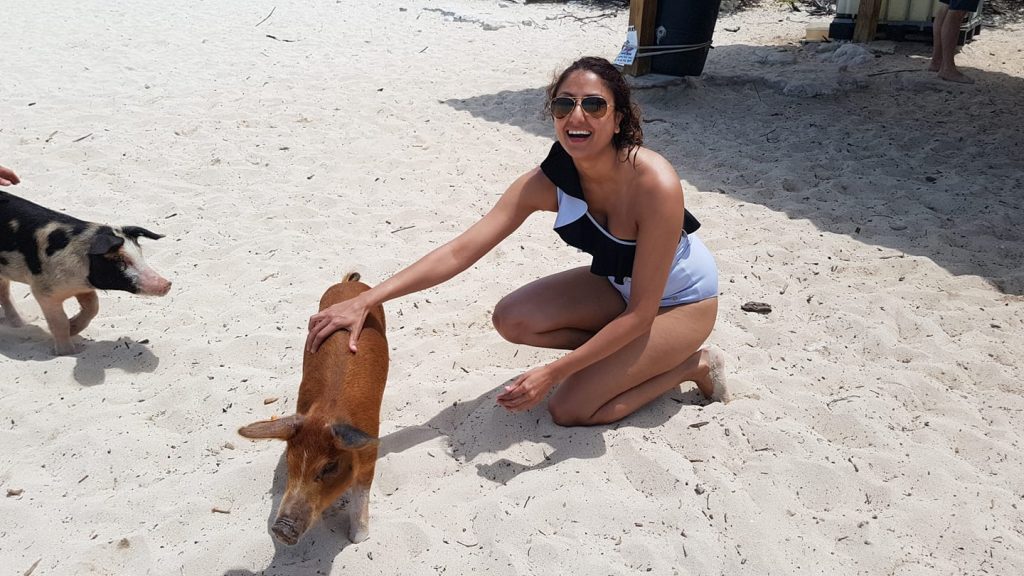 Next up was swimming with Nurse sharks. I had no idea that they weren’t interested in blood.

Since I was surfing the crimson wave, I almost missed out on the entire event and was pretty unhappy as the tour guide gave me the impression it wouldn’t be safe.

Thankfully, a fellow passenger helpfully told me that it would be fine to be in the water with them, so in I dove and had 10 minutes with them. 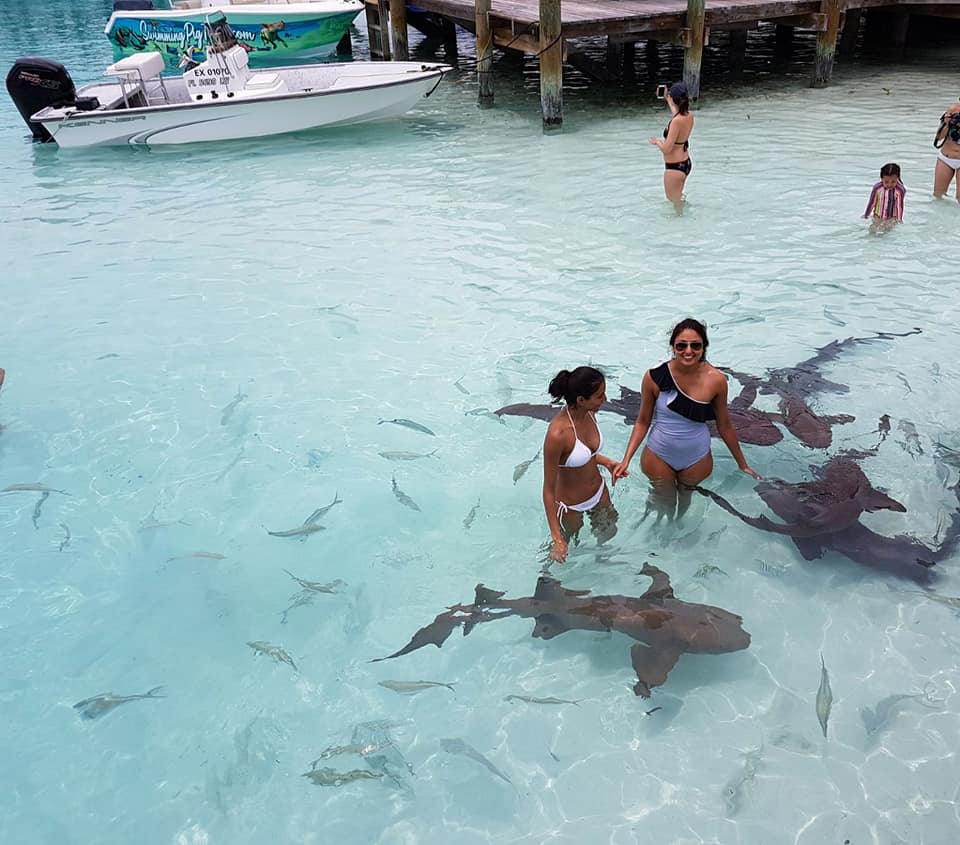 If possible, I enjoyed this even more so than the pigs as they swim right up next to you and bump into your legs.

You can touch their sandpapery skin and interact with them much more intimately and playfully than with the oinkers at Pig Beach. 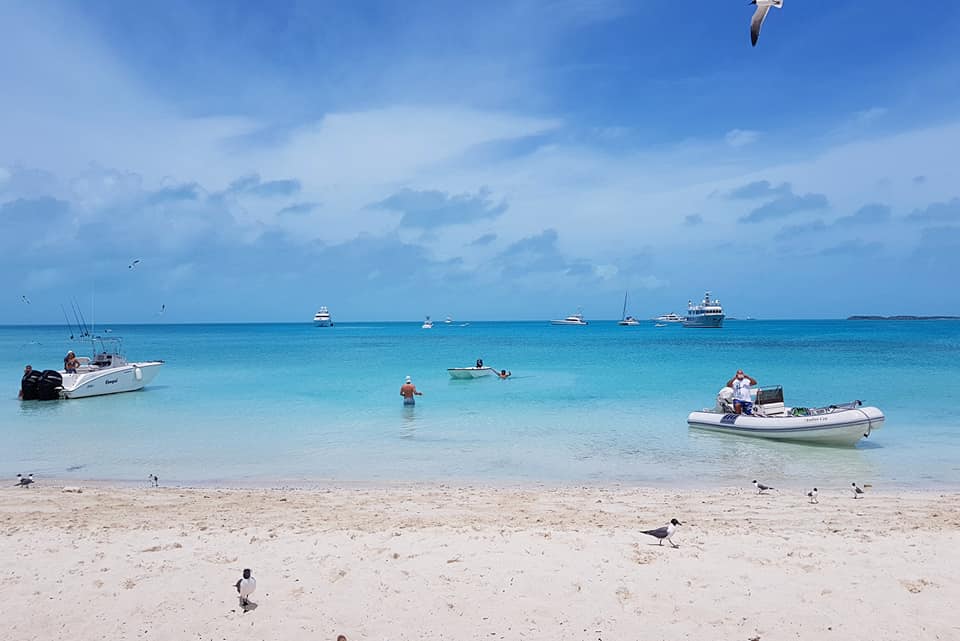 The third amazing experience was feeding iguanas at yet another island. 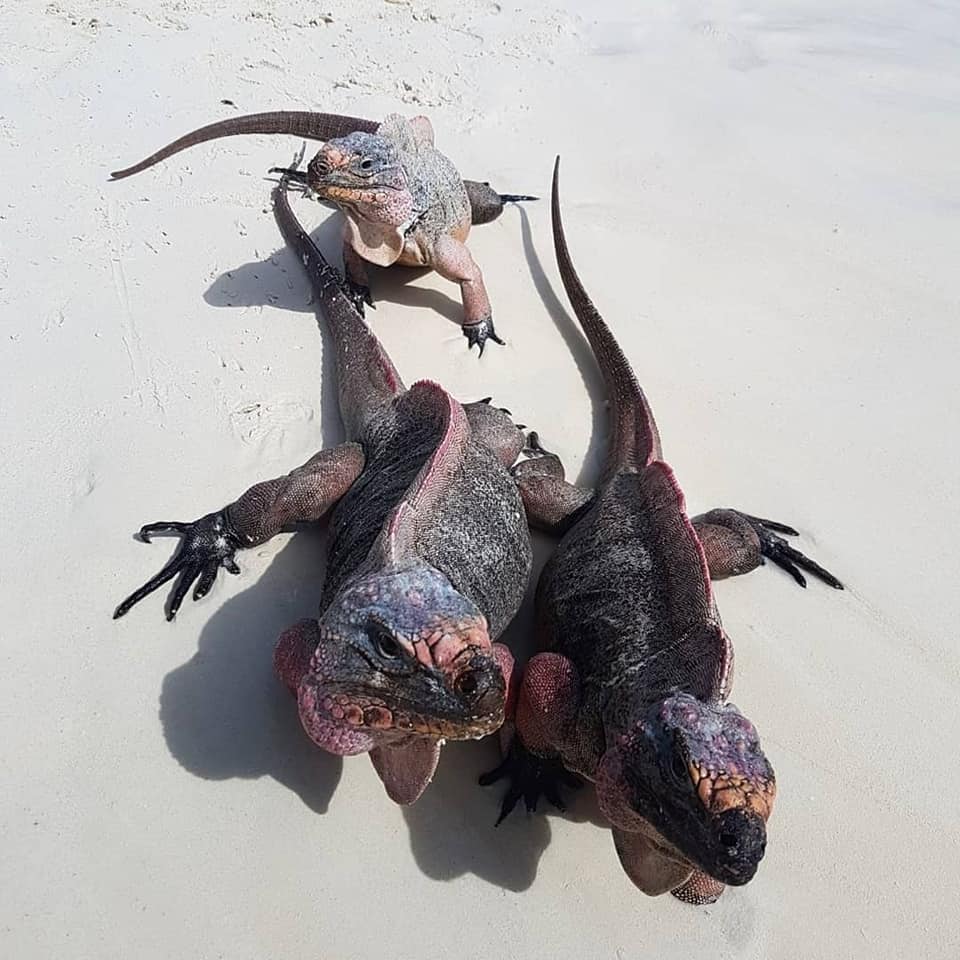 They looked terrifying, but I swallowed my fears and cautiously approached to feed them lettuce. 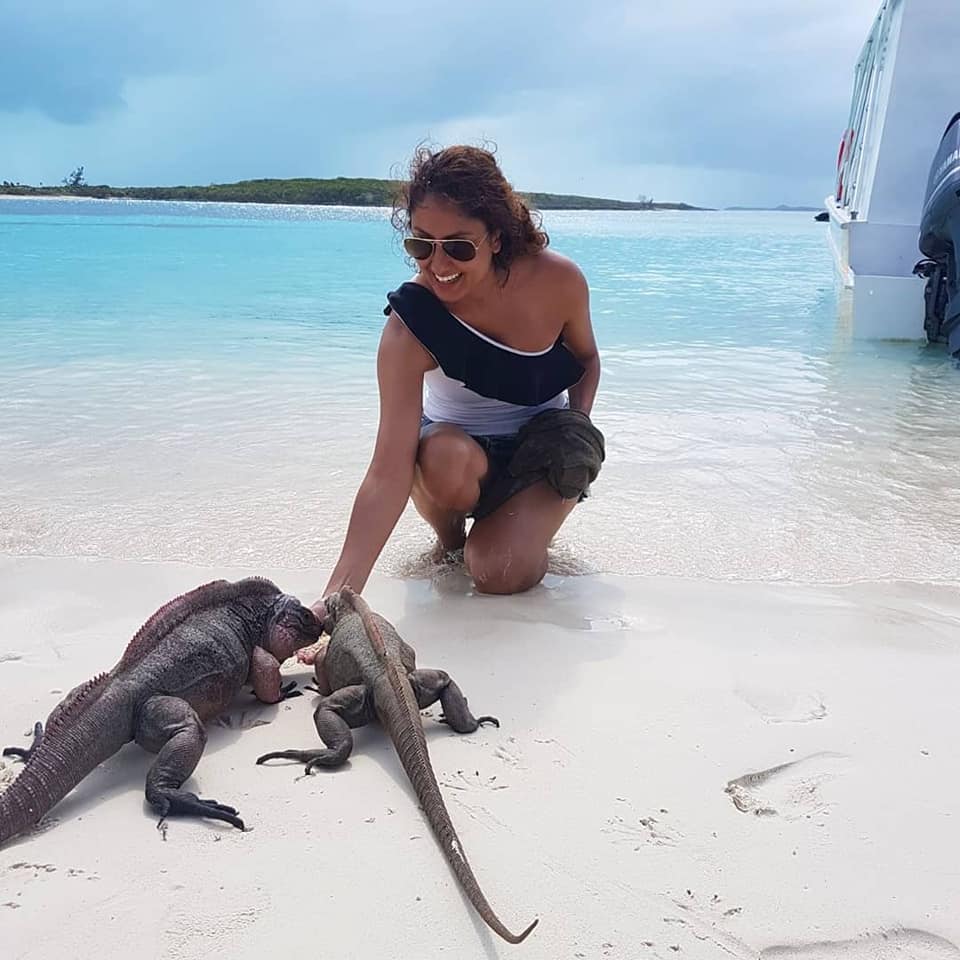 They were like docile, placid puppies chomping away and my anxieties soon dissipated. 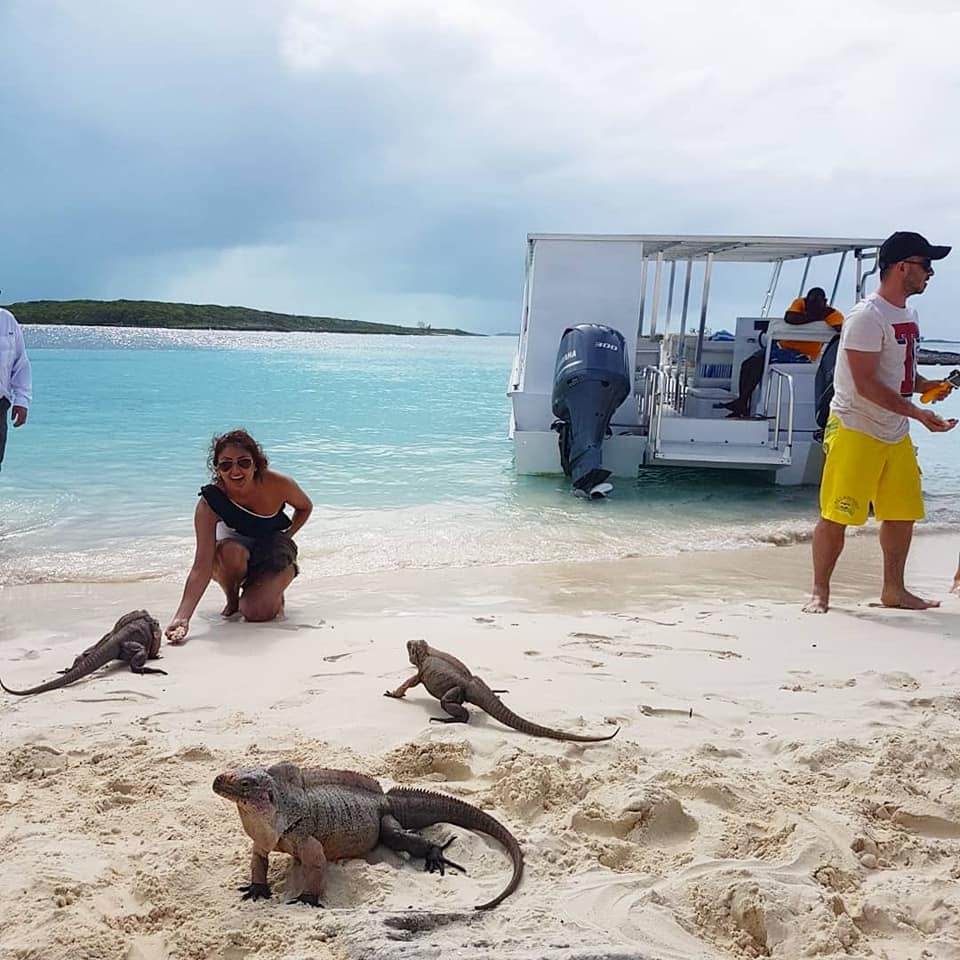 There were also scenic stops along the way to snorkel in places like Thunderball Grotto and Black Point. 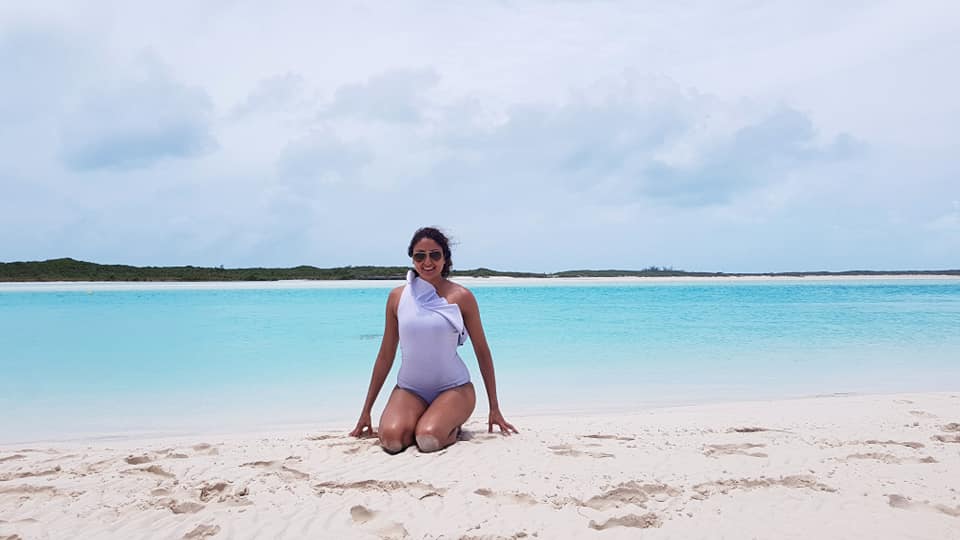 As mentioned earlier, the tour company we went with has since closed, but it’s not difficult to find another tour to take you to the same places.

All in all, it was an unforgettable day and well worth the money spent. 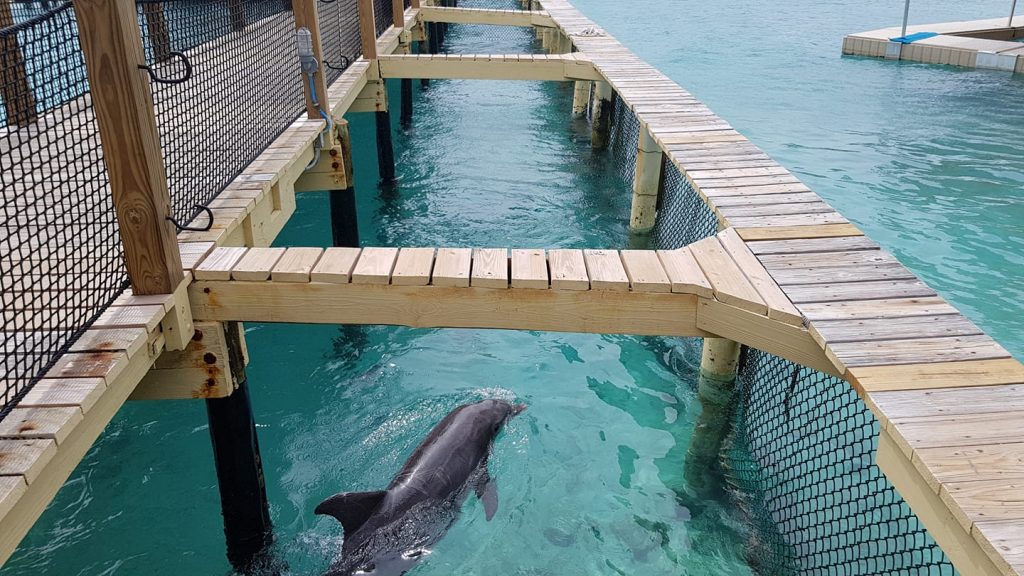 On a different day, we went to Blue Lagoon Island to visit dolphins that are part of a certified humane program.

This means they are free to roam the ocean and not held in captivity in places like SeaWorld. 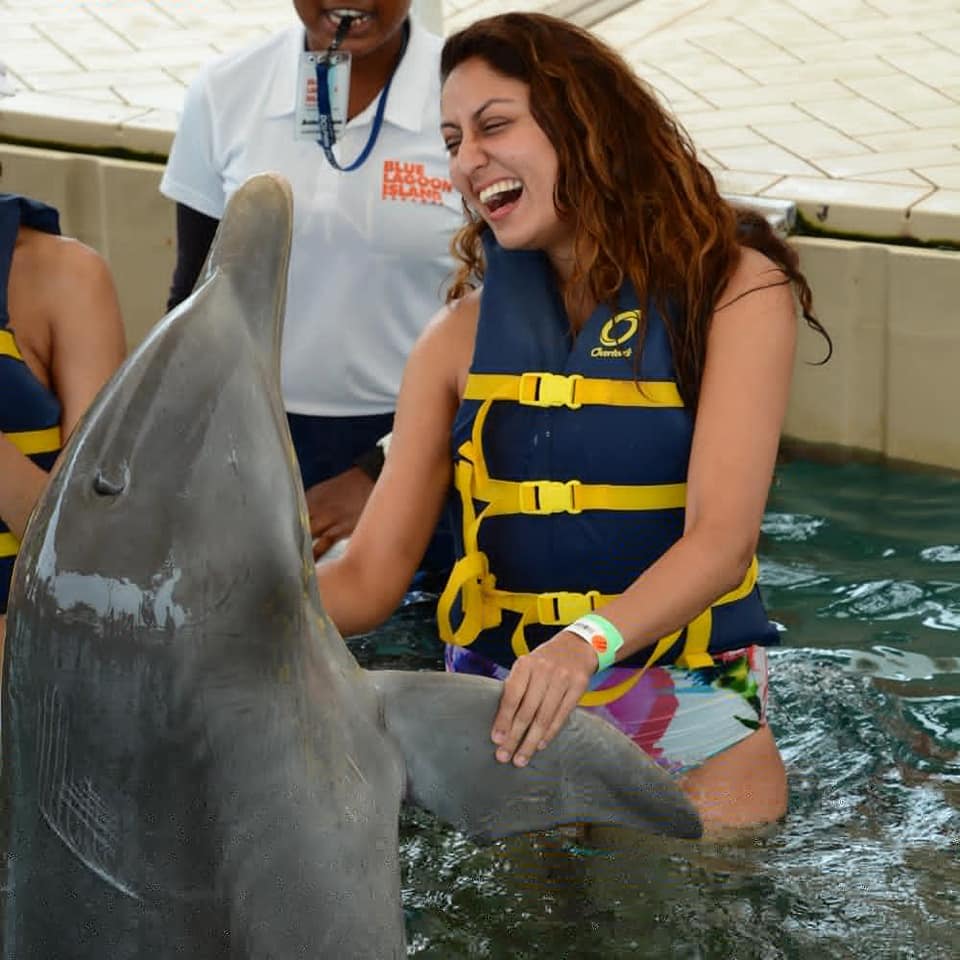 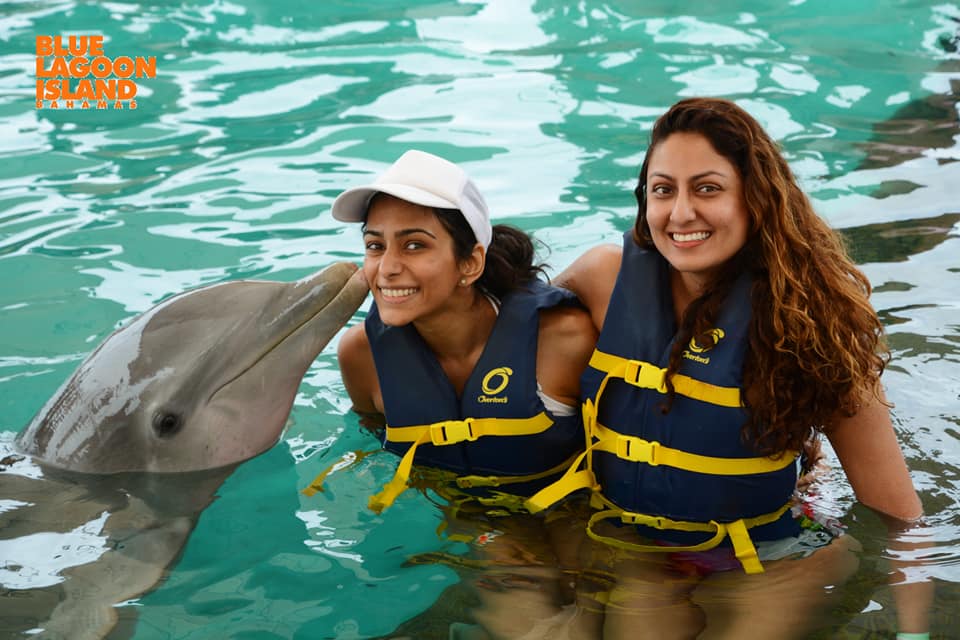 Check out the food we ate in the Bahamas here! 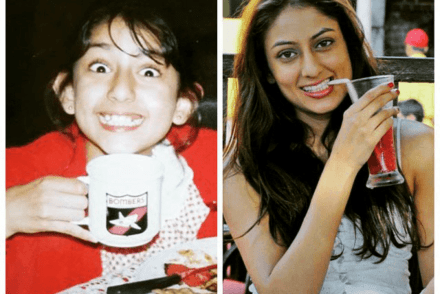 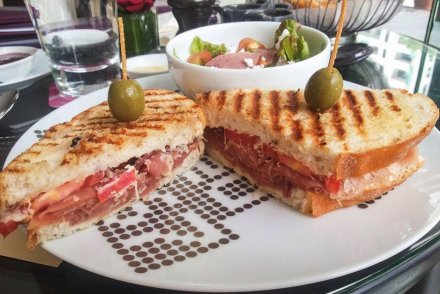